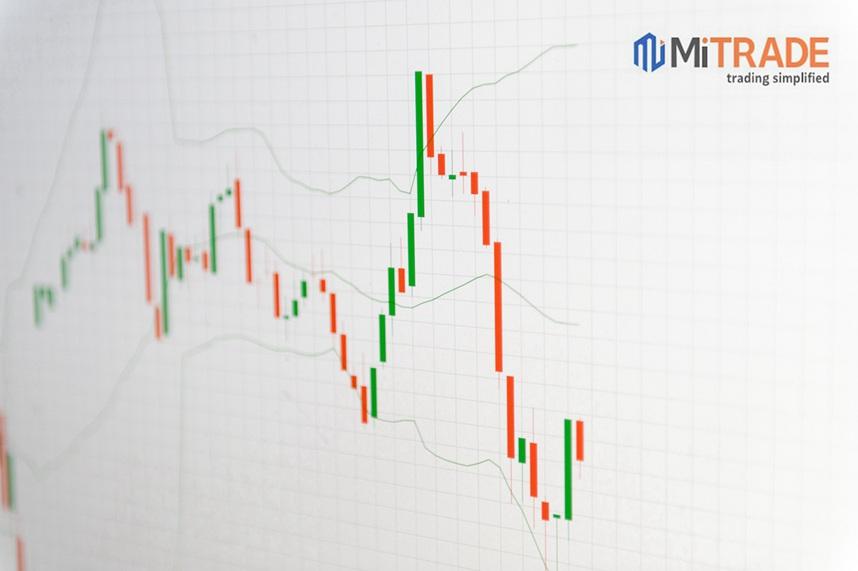 When comparing forex brokers, one of the factors traders watch out for, is the size of the spread charged by the broker under consideration, for opening trades on specific instruments.  What does the spread mean? Are there any designated “best” spread sizes? This piece covers all your questions and more.

Post Contents [hide]
What Is A Spread In Forex Trading? Spreads Explained

The spread is one of the ways brokers make money from a forex position.  Once you enter an order, the trade starts in the negative because the broker has deducted the spread. Whether the trade ends in profit or loss, they have made money on the transaction.

Unfortunately, there are no universal best spread sizes. The value of the spread will vary from one broker to the other, but often within a specific boundary.

How To Calculate Forex Spread And Costs?

To calculate the spread on a trade, simply subtract the “ask” price from the “bid” price. Here is an illustration. 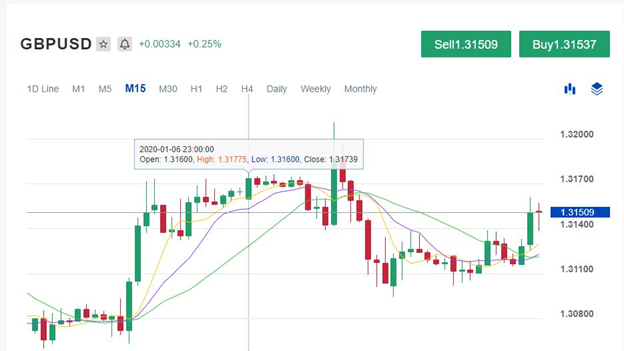 In the chart above, the difference between the quoted sell and buy price is 28 points. Since this is a five-digit broker, the 28 points mean 2.8pips. For an estimated value of the spread, do the calculation by dropping the fifth digits on the sell and buy prices so, 1.3153 minus 1.3150.

This means that the spread is roughly three pips. Many traders use this method of ignoring the last digit when calculating spread for faster computation. This also applies for instruments that have two-digits such as the JPY-related pairs. So for example, the spread for USDJPY with Bid/Ask prices 108.453/108.461 is exactly 0.8 pips or an estimated one pip if you drop the third digits.

The extra digits are called pipettes and are used to ensure more accurate pricing by brokers.

When you have calculated the spread on the instrument you’d like to trade, you can decide if it is affordable for you or too costly.

Traders spend time to analyse the spread on tradable instruments because they can have an impact on the profitability of a trading strategy.  For example, if your trading system targets ten pips as profit, the market needs to move at least 13 pips from your entry if the spread for the pair is three pips. If the spread is just a pip, your profit will be locked in once the market has moved 11 pips. In the forex market, the extra two pips could make all the difference between your set take-profit level getting hit and the market getting close to the set level and reversing to end in a loss.

The total cost of your trade is a combination of the spread plus commissions on any opened positions. If you are holding the trades overnight, you have to consider the swap.

What Determines A Spread In Forex Trading?

Several factors determine the spread charged by a broker for any instrument. They include the following:

The depth of liquidity

A pair traded by millions of traders around the world is regarded as a highly liquid pair. Such instruments generally have the lowest spreads across many brokers. These include the major pairs like EURUSD, USDJPY, AUDUSD etc. The spreads on these pairs are usually between 1-3 pips.  As you move down the tradable instrument list to pairs that are as liquid as these major pairs, the spreads increase.  This is why crosses like GBPNZD and exotic pairs like the USD/SEK can have spreads ranging from 4-50 pips and above.

Volatility in the market

Economic and political data from around the world can change the volatility on tradable instruments in seconds. During higher volatility, market prices can change quickly. This is why spreads on most instruments widen in the seconds before and after the economic data release times. Spreads can vary by up to 10 times the usual size. If you trade around fundamental releases, keep an eye on the quoted spread to be sure your strategy will not be adversely affected by the volatility.

Many brokers make money from spreads and commissions. This means that they factor-in their profits in the spreads they display. So the higher the spread, the more money they make.  Some brokers charge spread AND commissions. This allows them to offer lower spreads on the one hand, and make up the difference through commissions. Other brokers just charge a flat spread without commissions.

Fixed Spread And Variable Spread: Which Is Better?

When a broker offers fixed spreads, there are no changes to the spreads you get when trading different instruments. The value of the spread remains the same regardless of volatility and market condition.

·         The broker can choose not to accept orders based on the fixed spread during periods of high volatility in the market, leading to requotes

Variable spreads are not static. There is usually a lower barrier, but the spread is determined by prevailing market conditions, including the level of volatility. Brokers that offer variable spreads get their prices from liquidity providers and pass it on to the traders (sometimes with a mark-up).

·         Protective stops may be triggered prematurely due to wider spreads even before the market price has reached the specified level.

What Do High And Low Spread Mean in Forex?

For variable spread brokers, the spread charged on specific instruments will range between ‘high’ and ‘low’ depending on market volatility and liquidity.

During the major trading hours, the major tradable instruments generally have “low spread”. This is because there are more participants in the market, ensuring higher trade volumes. A low spread means a small difference between the Bid and Ask price of an instrument. When spreads are low, liquidity is usually high, and volatility is low.

Variable spread brokers charge “high spread” when the liquidity pool thins out (such as during the Asian trading session) or during economic news releases when volatility increases strongly. It means that the difference between the Bid and the Ask price is a lot higher than usual.  Liquidity providers widen the spreads to offset the risk of offering liquidity around high volatility periods.

The value of the spreads can change significantly. This is why many traders stay away from the market at these times. The “high spread” can remain for minutes to hours (especially during the period between the close of the New York trading session and the start of the Asian session).

Monitor Factors that Influence the Size of the Spread

As we have covered above, liquidity and volatility are the main drivers of the value of a spread. By avoiding the market during periods of high volatility, such as during news releases, you will rarely trade with spreads higher than usual.

High liquidity forex pairs such as the EURUSD, USDJPY, GBPUSD and others have the lowest spreads in the market. If you trade exotics or emerging-market related pairs such as USDZAR, USDMXN, or MXN/RUB, you will be charged extremely high spreads (more than 100 pips in some cases).

Trade During the Busiest Trading Hours

The forex market is busiest when the London and the New York trading hours overlap. This is from 1 pm to 5 pm GMT (12 am to 5 am Canberra ACT). If you only trade within this time frame, you will enjoy the lowest spreads. However, it is also the time when many economic releases hit the markets. Therefore you need to keep an eye on the high impact fundamental releases scheduled for the day.

The rest of the London and New York trading sessions outside of the overlap window are also busy enough to ensure low spreads. However, the first couple of hours at the start of the Asian session are the most illiquid and when you should stay out of the market if you do not want to pay higher costs on open positions.

There are no conventional strategies for making money from the difference between the Bid and the Ask price (which is what spread trading means).  The spread is a cost you have to pay for an open position, so making money on it alone is impossible. You need to find a forex trading strategy that covers the spread charged by your preferred broker and still makes additional profits.

A spread related strategy that many traders use to make money in forex involves internal hedging. In this strategy, you have to open a simultaneous buy and sell order on pairs with the same spread and volatility levels. Good examples of such pairs include EURUSD and GBPUSD.

Open a buy trade on EURUSD and a sell trade on GBPUSD. If the sell trade moves in a direction by a certain number of pips, it shows you the prevailing market direction for the day. You can then close the other position and focus on the open trade. To maximize the profits, you can increase your exposure in the open pair by opening more positions.

If the buy trade on EURUSD moves into profit by say 30 pips,

·         Hold the EURUSD trade for longer to cover the loss on GBPUSD OR open a second buy trade on EURUSD.

The main benefit of this strategy is that it allows you to guess the market direction without losing money. However, it doesn’t always work. Although EURUSD and GBPUSD are correlated pairs, geo-specific events like Brexit or ECB interventions can dissolve the correlation temporarily.

If you are looking for a broker that offers variable but low spreads, Mitrade is an excellent option. The combination of competitive spreads and responsible leverage increases your chances of success. There are no requotes on open positions regardless of volatility. Additionally, Mitrade does not charge a commission on an open position. The spread is the only cost you have to bear.

Below are some examples of the spreads and leverage on popular instruments on Mitrade:

If you need further clarification on the spreads and leverage for any instrument, the Mitrade customer service desk is always available to answer all queries speedily.  Send an email or use the Live Chat function.

The spread is the most important cost in forex trading. A reputable broker that charges reasonable spreads and offers responsible leverage is the best option for any experienced trader. Is your broker providing you with the best possible spreads? Before you answer that, confirm that your broker isn’t offering you low spreads with one hand and collecting a commission for open positions with the other hand!

Last One Why Forex Leverage is Very Important for Beginners?
Next One Stop Loss: Your Savior In The Market
Latest Release More
Popular Reading More
Author 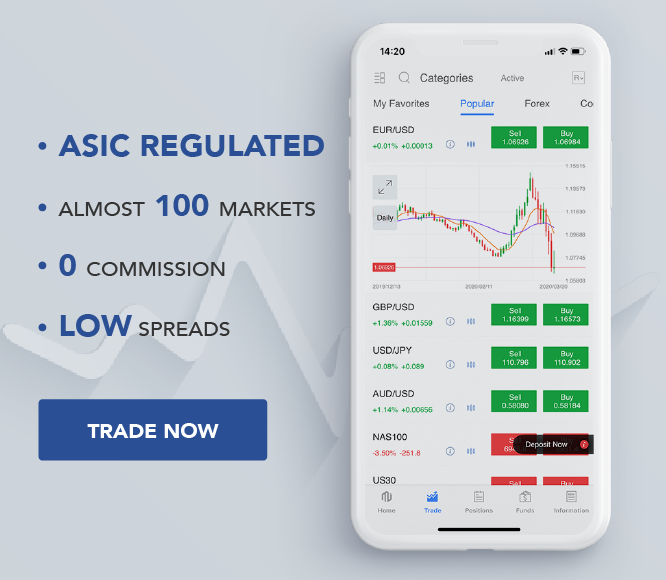