The excitement in XAU/USD (spot gold) is growing by the day. However, the trade that has been a ‘hedge’ for many traders and investors alike this year is starting to turn into speculation and hyper-positioning.

There are clear fundamentals that support spot gold’s rise namely:

However, that does not mean XAU/USD will go on forever and there are big red flags when it comes to the technicals of spot gold.

There is a clear breakout of the long-term channel in the past month. The monthly chart illustrates that the breakout has been very strong and has smashed through the upper channel-band with strong support. 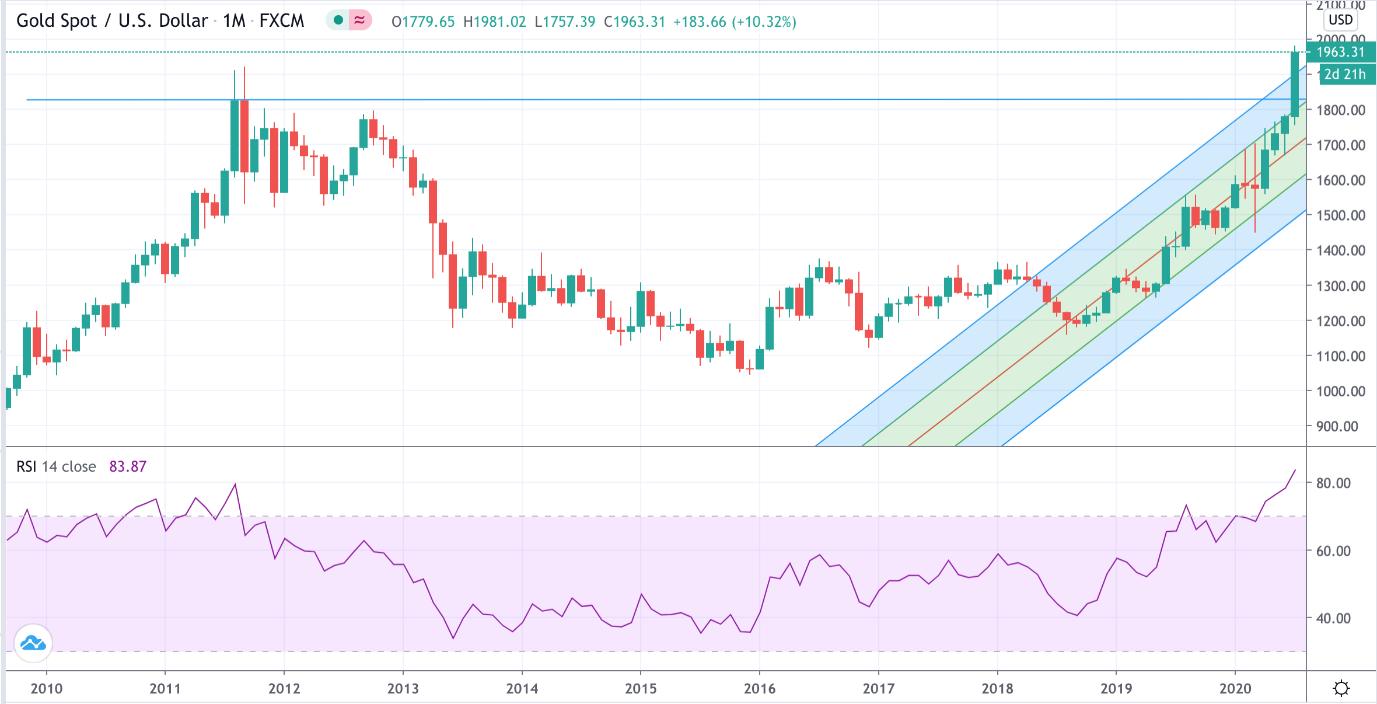 The chart also shows spot gold making a new record high and that it is now in ‘blue sky’ territory.

However, even with all these breakout indicators, momentum indicators are screaming overbought and overdone. The RSI on the monthly chart is now at its highest level in over a decade and at 84, this is a warning sign for future momentum. 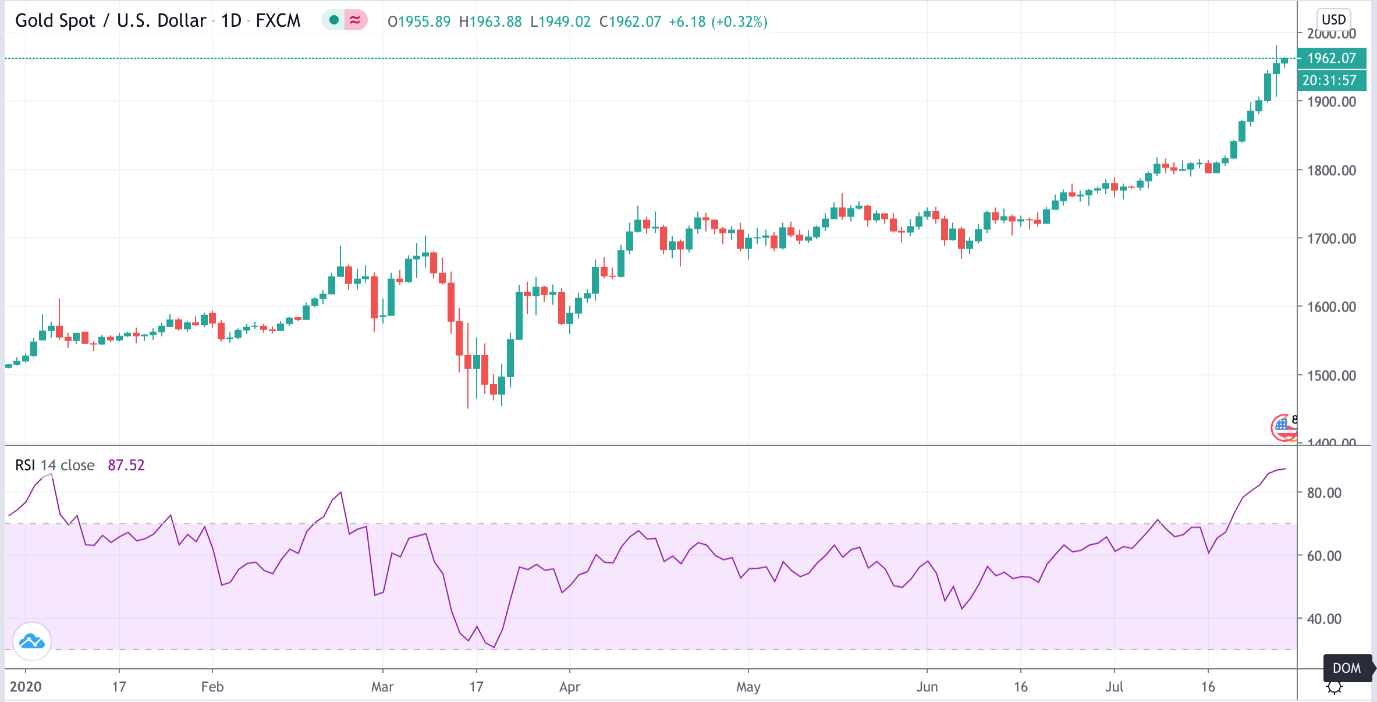 The RSI on the daily chart is also signalling that gold is significantly overbought, and that the uptick since mid-July has led to the overbought scenario. 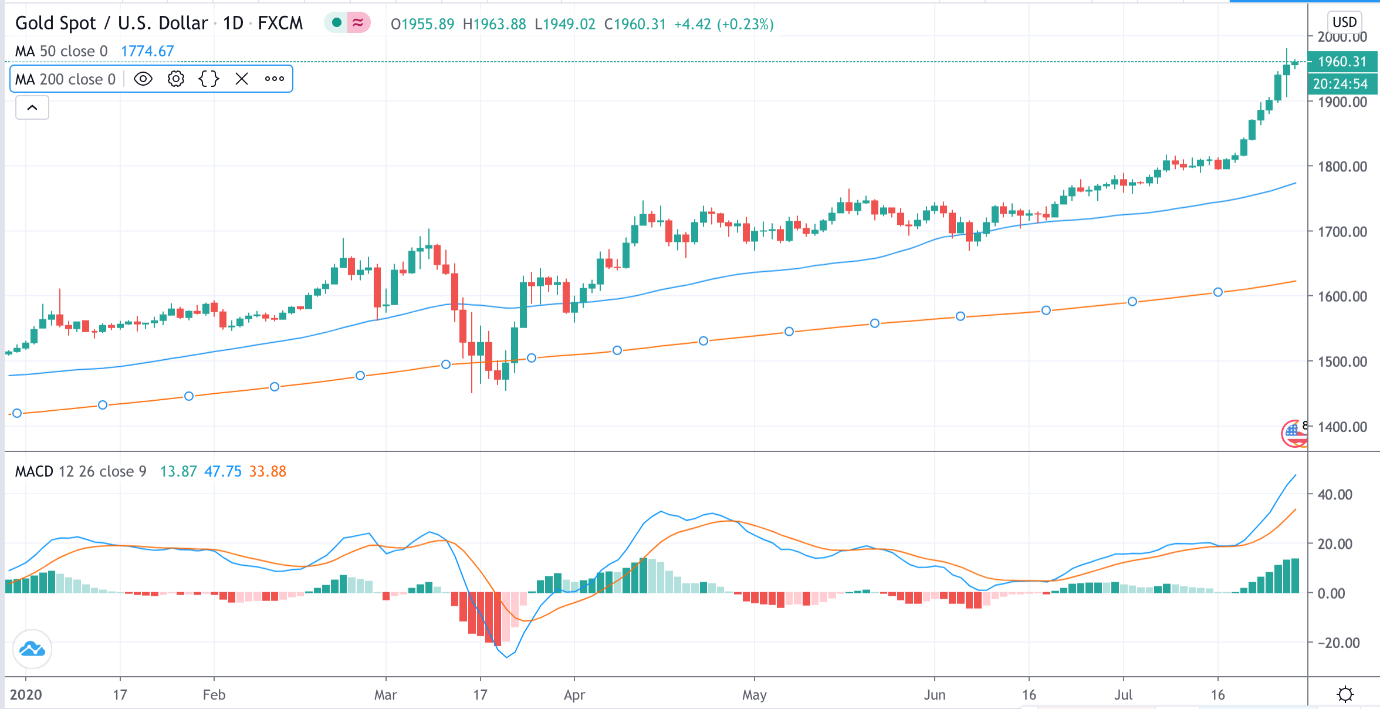 It’s the same when we look at the MACD. Momentum is very clearly booming, buy-side demand as the MACD is nearing 20. However, the oscillators are telling a different story, both are now in overbought territory like their RSI peer.

Will spot gold continue to head higher? That is entirely possible in the interim. However, the charts are clearly signalling that a pullback is very much on the cards and that the pullback could be swift.