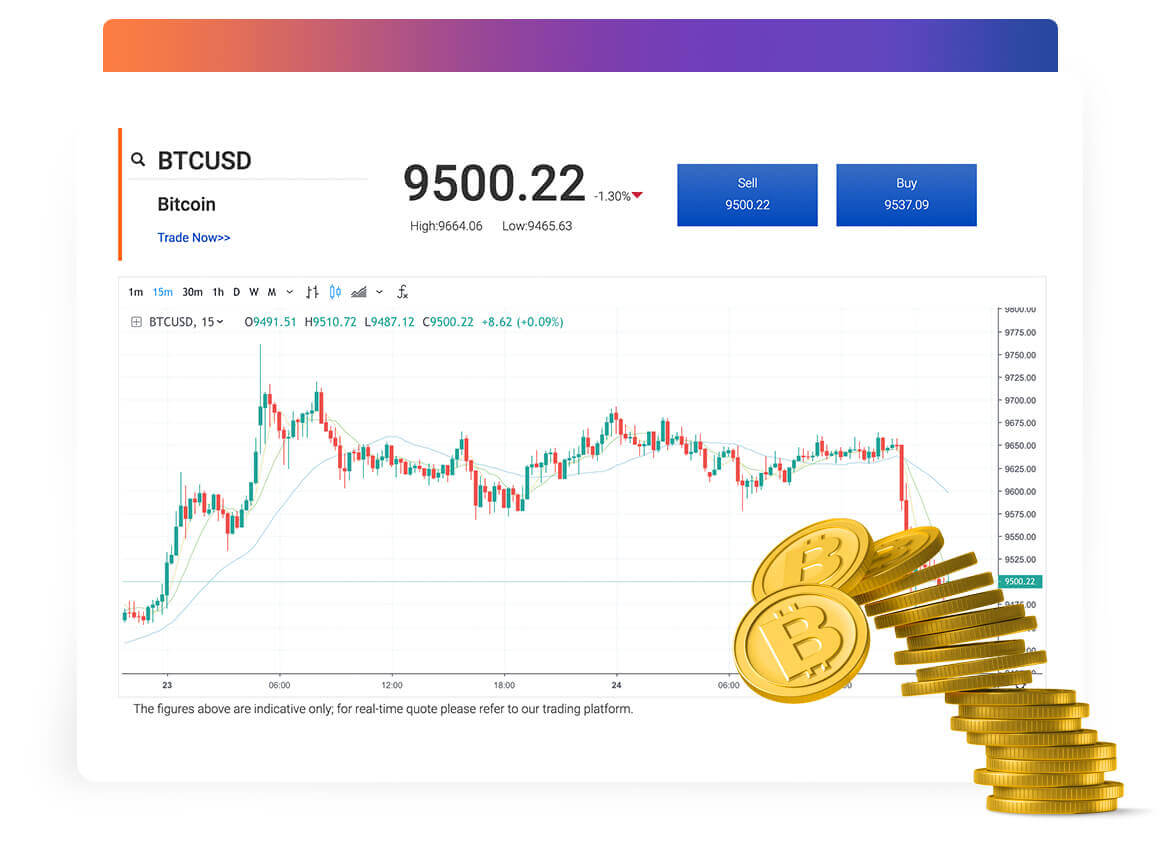 Check out our Special Promotions or try a Demo Account or
A digital cryptocurrency is a trading medium designed and created using cryptography and does not depend on a statutory currency issuing institution. Digital cryptocurrencies can only be generated by computer operations, but can also be traded like physical currencies. Bitcoin, Bitcoin Cash, Ripple, Litecoin, and Ethereum are the most-watched cryptocurrencies. Cryptocurrencies are a relatively new investment vehicle for the trading market and are more volatile and risky than other assets.

We offer seamless trading via both iOS and Android mobile apps along with our web platform.  You are free to trade anywhere, anytime, any platform

We offer seamless trading via both iOS and Android mobile apps along with our web platform.  You are free to trade anywhere, anytime, any platform

The minimum volume per trade is as low as 0.01 lots

Under the regulations of ASIC (AFSL398528), all client funds are segregated.

Your account will not lose more than your initial deposit under any market circumstances–our negative balance protection ensures your account never go below zero.

1. Major global regulators' ban on cryptocurrencies
Opinions of national leaders and legislation have a significant impact on the world of cryptocurrencies. In September 2017, China announced that ICO-related operations were illegal, causing the price of Bitcoin to plummet.

2. Investment
All cryptocurrencies, especially those that are little known, are easily influenced by investors who may intentionally manipulate the price trend. If an investor has a large amount of funds, he/she may target a certain cryptocurrency and spend heavily in promoting it in the hope of sending its price and market demand higher. The investor may then profit from higher prices.

Which cryptocurrency should I choose to trade?

Please note that trading losses can be the entire of your capital. Refer to our PDS and ensure you understand the risks involved.