International Fisher Effect is one of the oldest exchange-rate models used in the financial sector to determine the direction of financial markets in the future. It has been in use since the early 1900s until counter-theories against it began showing up in the early 2000s.

What is the International Fisher Effect, and does it still work?

The International Fisher Effect, also known as the IFE or Fisher-Open Effect, is a popular and dominant hypothesis in finance. It came into existence courtesy of Irving Fisher, an important economist of the 1900s. He created the theory in the early 1930s. Irving also came up with two other theories that relate to the IFE; the Fisher Index and the Quantity Theory of Money. Collectively, the theories state that the levels of prices in an economy are directly proportional to the rate of inflation and the money supply.

The two latter theories contribute to the working of the IFE. They help it in making future predictions by explaining how the exchange rates between different economies with floating exchange rates (non-fixed exchange rates) are expected to change.

What Is International Fisher Effect Theory?

Unlike other economic indicators, the IFE is unique in that it analyzes both interest and inflation rates to predict the movement of a currency in the future. It also considers present and future investments that are considered risk-free such as Treasuries. The other theories mostly base their calculations on inflation rates only.

If this statement holds, then any increase in the inflation rate of a country will lead to a direct and proportional increase in its nominal rate. However, the real interest rate will remain constant.

On its part, the IFE adds to the Fisher Effect theory. It states that the estimated increase (appreciation) or decrease (depreciation) of the currencies of two countries is directly proportional to the difference in their nominal interest rates.

If this statement is true, then in the real world, if the nominal interest rate of the UK is greater than that of Japan, then the currency value of Japan will fall by the difference of the two countries’ interest rates.

The above definitions, though complex in nature, have brought together a precise formula for calculating the IFE. It is:

In the equation above;

E is the percentage of change in the exchange rate

i1 is the interest rate of country 1

i2 is the interest rate of country 2

Let us take an example of when a person goes to the bank for a loan. They apply to get a loan of, say, $300,000. The bank offers the loan at an interest of 2%. This becomes the nominal interest rate.

In short, the nominal interest rate is the cost of the loan without factoring in inflation.

Now, back to the borrower, let us assume that the inflation rate for the first year was 1.5%. The bank will obviously factor in this occurrence. As such, at the end of the first year, the loanee’s actual interest rate will be 4% - 1.5% = 2.5%.

How to Calculate International Fisher Effect?

Below is an example of how the IFE calculation applies in real life.

Let us take an example of two economies; the Dollar (USA) and Yen (Japan).

If we adhere to the rule of the IFE that a country with high interest rates will have higher inflation, then we expect the USA currency to depreciate in value.

In the above scenario, current investors of the USD will receive lower interest rates on the dollar, but they will make profits from the increase in the value of the USD versus the JPY.

Why Does The International Fisher Effect Matter?

The IFE matters in the economic world in that it offers a long-term forecast of future currency movements.

At the time of its conceptualization by Irving, all the predictive indicators in existence were purely based on interest rates. As such, they could only forecast price movements for up to 1 year. For some financial sectors, such a forecast in insignificant and unusable.

Therefore, Irving Fisher solved the problem by coming up with the IFE, which predicts long-term currency movements.

Thanks to his invention, countries, and investors can make important long-term decisions based on results calculated from the IFE. This is why the IFE matters.

The second way that the IFE matters is that it helps lenders such as banks to know whether they stand to make any money on granted loans.

For one, they need to charge a rate that is more than the inflation rate of their economy; otherwise, the loans would not give them any profits. This calculation is important even when giving interest-free loans since factors such as inflation since the loan should still retain its purchasing power once it has been repaid.

Limitations of the International Fisher Effect

While the IFE concept appears like a perfect leading indicator of future economic changes it has limitations of its own, mostly because it needs several assumptions for it to work. The assumptions, in turn, give rise to several limitations of the concept. In short, if these assumptions were to be considered, then it would not work as expected.

Below are some of the limitations of the International Fisher Effect:

1. It makes long –term Predictions only

One of the major limitations of the IFE is that it can only make forecasts for the long term. Therefore, it cannot be used in analyzing financial performances for periods of less than one year.

The second but very crucial limitation of the IFE is known as the uncovered interest parity. This means that, while it can make almost-accurate currency movement predictions, it has no method of telling when the effects will start. As such, while it might make true conclusions, the users cannot have a specific time to watch.

It can, therefore, be said to be unreliable in giving specific timelines.

At the time when Irving was designing the International Fisher Effect theory, it was common for most nations to control their exchange rates because of trade and economic purposes.

Today, though, most currencies are free-floating, meaning the countries no longer control them. This has brought on many questions over the effectiveness of the IFE in today’s economic formations.

The other limitation of the IFE is that today, most central banks are turning to inflation targeting as opposed to interest rate targets in determining their interest rates. In short, they are now using inflation rates to make their predictions and conclusions.

Where this new development is used, the IFE is rendered useless since its defining formula is disrupted.

Studies have confirmed that there are multiple other country characteristics that affect exchange rate movements besides inflation. They include government controls, exchange rate risks and income levels.

Therefore, while the derived [expected] appreciation or depreciation of a currency’s movement might be accurate, depending solely on it to make forecasts is subject to significant errors.

Application of the International Fisher Effect in the Real World

In the real world, the information that is provided by the IFE clearly shows the standing of individual countries. For example, if the currency of country A is expected to grow against that of country B, then the economy of country A is said to be stronger or more stable than country B.

Investors who make money through imports and exports can benefit from IFE forecasts.

Importers can check to see when the economy of their source country is expected to slow down then they can make their purchases then. This is because the prices of commodities in that country might be cheaper at such times.

Similarly, exporters can make more money by sending their goods or services to a country with a pending growth in its economy. During a flourishing economy, the purchasers have more money to spend even on pricey goods and services.

As earlier explained, the IFE can be an important tool when making lending decisions. Since the formula takes factors like inflation into consideration, it helps lenders in knowing whether their products will be profitable in the long run.

In this way, they can determine the appropriate interest rates to charge on loans and other items.

Finally, financial traders such as Forex traders can benefit from data derived from the IFE. If they know that the currency of a specific country is about to appreciate, then they get ready to open long (buy trades).

Similarly, if they see that the value is going to depreciate, then they prepare to open short (sell) trades.

In this way, they eliminate the guessing aspect in their trading decisions.

Evidently, the IFE was an important and widely-used concept in the past century. However, due to changing financial and economic dynamics, it has lost some of its weight. Nevertheless, it remains useful in some fields such as forex trading and in making lending decisions. In a nutshell, it may have lost some of its relevance, but it is still in use by some sectors. 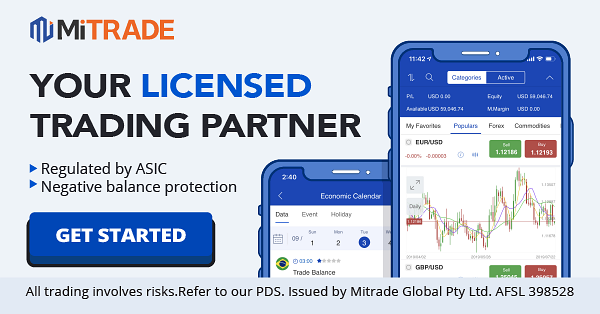 At Mitrade, you can invest forex, cryptocurrencies, indices and commodities via CFDs - contracts that track the change in value. Start trading your favoutite products all on one app ››