Trade over 400 hottest markets with us

Or register using the following

The EUR/USD pair has risen 1200 pips during the last three months. Analysts at MUFG Bank are worried that the balance of risks is no longer as favourable for further upside following the rally. They see the pair trading in the 1.0400 – 1.1300 range over the next weeks.

Pricing in a better cyclical outlook for euro-zone economies

“We are sticking to our bullish bias for the EUR/USD although are more wary now that the balance of risks is no longer as favourable for further upside following strong gains in recent months. The pair has already reversed around three-quarters of the sell-off triggered by the start of the Ukraine conflict between late February and September of last year. Prior to the start of the conflict, EUR/USD was trading between 1.1200 and 1.1500 throughout most of last February.”

“We expect the ECB to deliver another 50bps hike at next week’s policy meeting and continue to signal that at least one more larger 50bps hike is likely at the March policy meeting. We only expect a slowdown in the pace of hikes back to 25bps in Q2 when there is more concrete evidence that inflation pressures are easing. It stands in contrast to our expectation for the Fed to further slow the pace of rate hikes by delivering a 25bps hike at next week’s FOMC meeting. We then expect the Fed to pause rate hikes in Q2 but are not expecting the Fed to signal yet that they will pause hikes soon. The Fed’s still relatively hawkish plan for further hikes beyond next week could help to dampen the USD selling pressure for now.”

“There are a number of key downside risks to our bullish EUR bias in the month ahead including: i) the ECB signals it is more open to slowing the pace of hike at the March policy meeting ii) the recent resilience of the euro-zone economies proves to be misleading/short-lived and growth slows sharply with more of lag than expected, and iii) geopolitical tensions between the West and Russia escalate further after tanks are sent to support Ukraine which alongside a pickup in demand from China demand lifts European energy prices.” 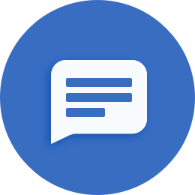